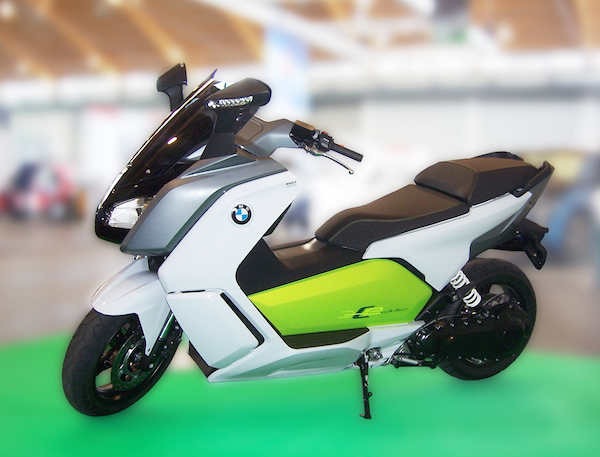 Horrid helmets aside, two recent interviews with the Munich company’s executives have highlighted BMW’s interest in this area.

Motorrad board member Peter Schwarzenbauer told press at the Geneva Motor Show that they would like to start ride sharing where riders and millions can hire by the minute.

“This is definitely an option, but we haven’t found the solution for the second helmet yet,” he said. “There’s the issue of sizing and then re-using helmets in the summer heat — it’s not ideal.” 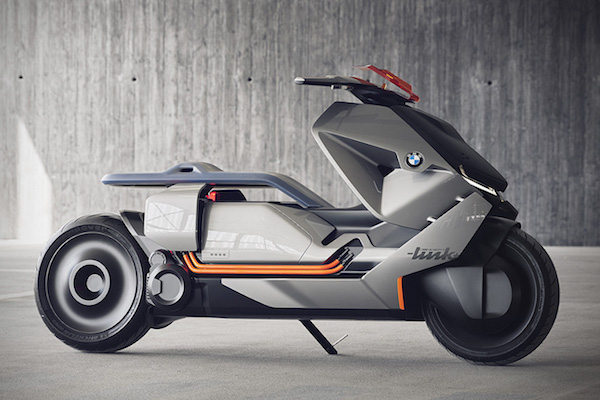 He suggested that the service would only be open to their C-Evolution series scooter, and another “smaller” electric scooter. With this, he is likely referring to the “Link” concept scooter, which was announced last year, and is slated to go into production in 2021.

As a first step, and hoping to bring two-wheeled transportation to a larger audience, BMW will start a pilot scheme in May which will allow people to rent bikes via an app from dealers for a few days at a time, starting in Germany, France and Austria.

Peter Schwarzenbauer, who heads BMW’s Mini, Rolls-Royce and motorcycle brands, said in a an interview at the Geneva International Motor Show that BMW is considering a new, smaller, electric scooter. The new model would be smaller than the existing C evolution maxi-scooter, which has a driving range of about 100 miles (160 kilometres). He declined to give any more information.

I hope you find these posts useful. If you do, please consider supporting, while gaining access to all this information, and more, by purchasing: Proficient Scootering - The comprehensive guide to safe, efficient and enjoyable scooter riding. It's available for all e-readers and in print.
←Scoot Safely Has Completely Changed — It's the Same London Fire Brigade Launches Biker Down Scheme→