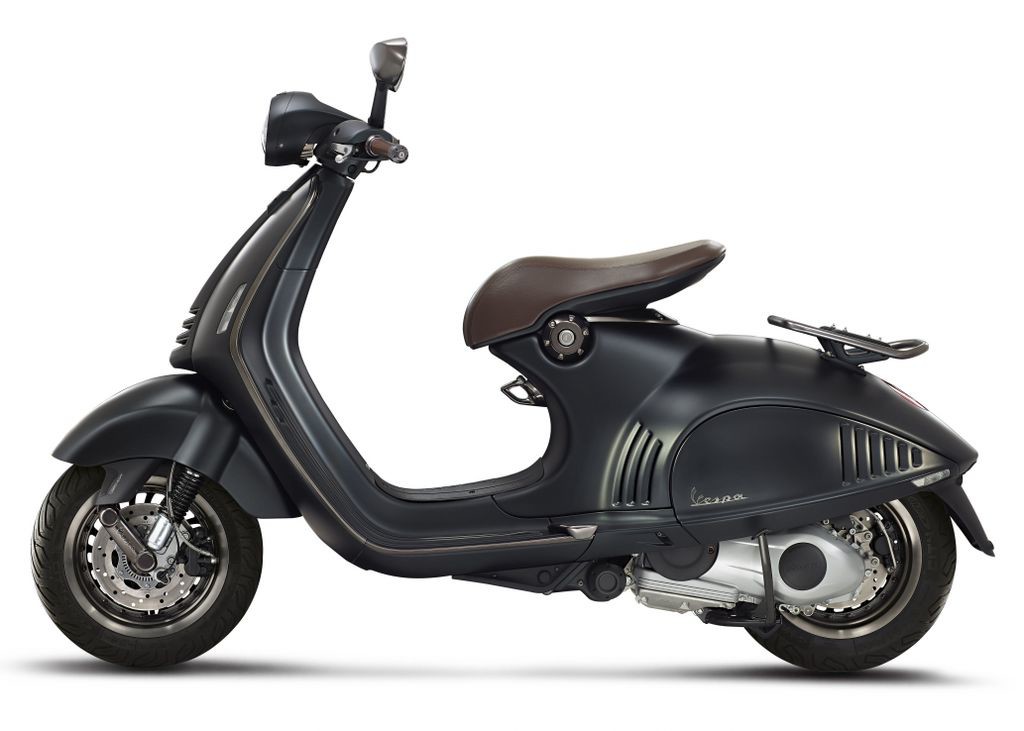 Just when you thought your scooter was stylish enough, well-known Italian designer Georgio Armani (yes, they of the elegant purses—bring on the wisecracks) has teamed up with Piaggio to create a special edition scooter for the fashion conscious rider. 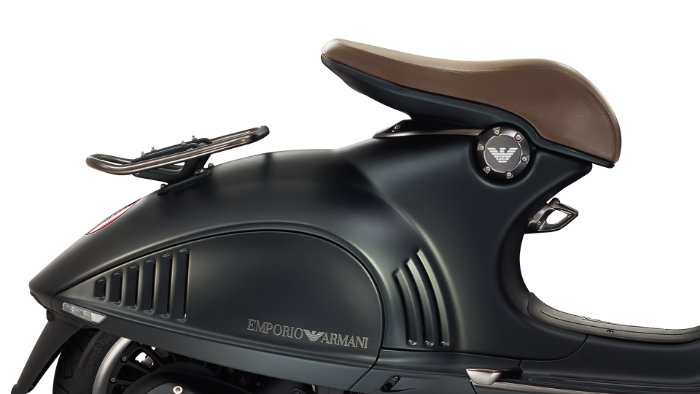 The limited edition of the Vespa 946 carries a Georgio Armani signature, and sports an exclusive colour scheme. Armani chose a distinct palette of greys with touches of green, which are only visible under certain light conditions. the metal parts are treated with a matte paint to match the monobloc aluminium bodywork finish. Final stylistic touches include the distinctive “Emporio Armani” logo on the sides, and the headlight.

Excellent news for my safety-conscious readers: it comes with ABS and ASR traction control as standard! And for my fellow geeks, smartphone integration is an added luxury. 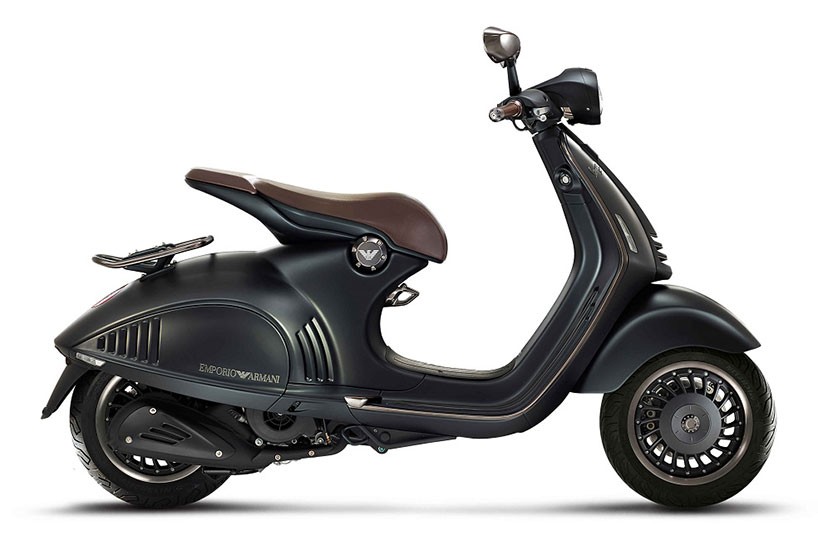 Incidentally, did you ever wonder why the “Vespa 946” moniker? It alludes to the date when Vespa made released their first model—1946.

As to the price of this beauty? There’s some truth in the old saying that if you have to ask… but expect to be paying around the $11,000 mark. Exclusivity doesn’t come cheap. Or so they tell me.

I hope you find these posts useful. If you do, please consider supporting, while gaining access to all this information, and more, by purchasing: Proficient Scootering - The comprehensive guide to safe, efficient and enjoyable scooter riding. It's available for all e-readers and in print.
←Night Riding BMW Recalls C 600 and C 650 Maxi Scooters→